18+
Escape from Tarkov (also known as EFT) is the third installment in the Russia 2028 universe developed and published by Battlestate Games. The game is set in the fictional city Tarkov around the year 2028 after two rivaling private military contractors, for unknown reasons, forced the civilian population to leave the city.

It is currently still under development and accessible through the pre-order closed beta.

The events of the Escape from Tarkov take place in the fictional Russian region of Norvinsk. Tarkov, the largest city in the region, ideal for large companies, has drawn in both law-abiding citizens and their businesses, but has also caught the attention of those with less honest intentions. A large transatlantic corporation has become the center of a political scandal which evolved over a period of six months into an armed conflict. The uprising involved private military forces, UN Peacekeepers and the Internal Troops of the Ministry of Internal Affairs.

The two private military forces were hired by the opposing sides of the initial conflict. One - The USEC - was hired by the Terra Group, an international corporation. The other is BEAR, employed by the Norvinsk region officials. The USEC is tasked with thwarting any investigations performed by local authorities and to provide armed cover for any illegal activities, while BEAR attempts to uncover all the secrets held close by the Terra Group.

As each day passes, the situation in Norvinsk becomes more complicated. Most of the local civilians have fled the city. Those that stayed look only to scavage and fight for anything that was left behind. They have formed into well-armed gangs and created their own areas of territory. They fight not only amongst themselves in a vie for power, but purposely look for reasons to butt heads with the two privately hired military companies as well.

In Escape from Tarkov, the new player will have to decide which of the two private military factions they want to play for - BEAR or USEC. The goal is to survive long enough to escape the city, but the city itself has been sealed off by the UN and the Russian military. Supply chains have been severed and the lines of communication have been cut. The player will have to make their own choices and decide for themselves how to proceed.

Weapons are intentionally realistic. Players will have to deal with ammunition jamming, weapons overheating, and mod pieces wearing out. The weapon mod system is extremely deep and detailed. Players can change out nearly every part on their weapon and redesign the weapon, expanding on it's tactical abilities.

Armor will need to be replaced or repaired. Available armor includes NGV's, ballistic vests, helmets, and radio headsets, among other pieces. Be sure to carry medicines to refuel health and heal wounds. Be sure to keep items not worth losing hidden away in a stash until they are needed. Players who die will loose anything they found in a raid if it wasn't put away. Organize backup inventory kits and use secured containers and insurance. It is possible to get hit by friendly fire, so keep one eye on friends as well.

Player progress includes earning points that can be spent in close to 100 unique skills. Points are earned by gaining experience through gameplay.

To gain money or other necessities in the game. players can communicate and trade with NPC merchants. Gain reputation with them and they will offer special loot and quests. Players can also run their own store if they choose.

Explore many of the unique and authentic locations of Tarkov city and it’s suburbs: citizen blocks, chemical plant area, AA military base, the heart of Tarkov city, private living zone and others in realtime weather conditions and time of day changes.

The game features a variety of weapons and weapon attachments from the 19th to the 21th century. They can be bought from the Dealers or picked up in the game.
Weapon modding allows for highest amount of flexibility to customize the weapon to the players wishes.

Main article: Podcasts
A list of all official Escape from Tarkov Podcasts.

Escape from Tarkov is available in 4 different Editions [12], providing the player with different amount of starting inventory, inventory space and one secure container depending on the Edition.

Box cover USEC
Add a photo to this gallery 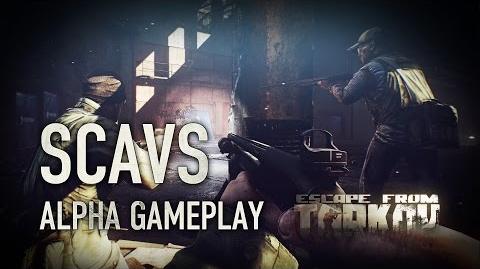 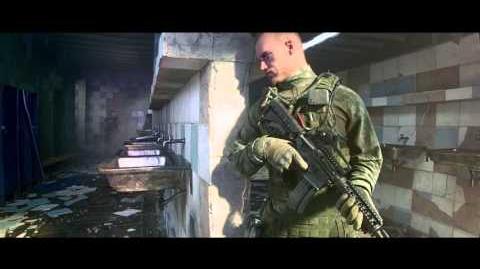 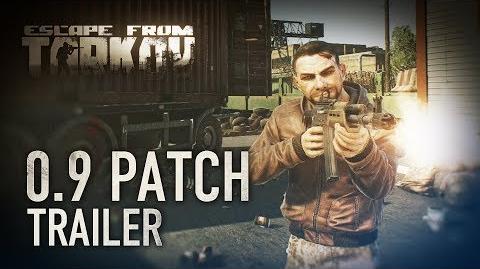 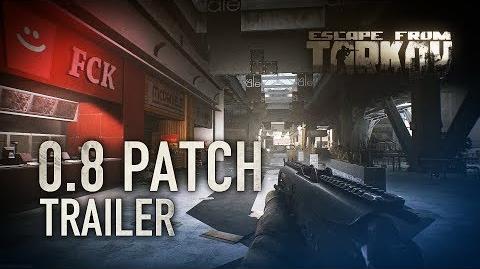 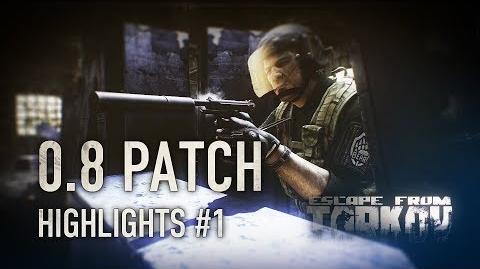 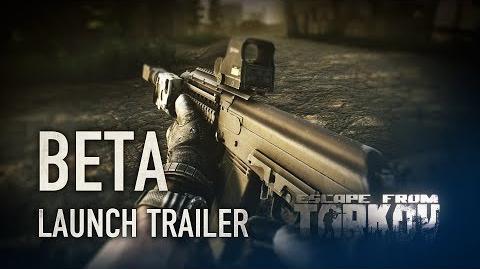 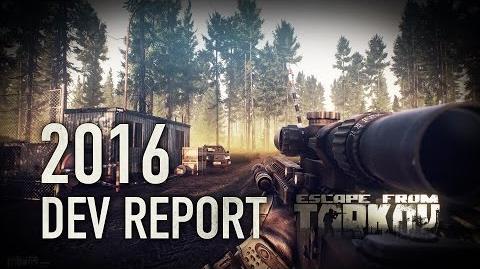 Escape from Tarkov. Рейд. Эпизод 1. Без цензуры 18
Add a photo to this gallery

Retrieved from "https://escape-from-tarkov-archive.fandom.com/wiki/Escape_from_Tarkov?oldid=36673"
Community content is available under CC-BY-SA unless otherwise noted.